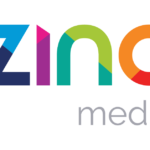 Zinc Media Group is the UK’s leading integrated content creation company dedicated to the development and production of premium content for global broadcasters and commercial film and audio for brands and corporate clients.

JOB SUMMARY
We have an exciting position for a Producer Director on an upcoming branded content production.
Working alongside one the UK’s top energy providers and UK’s top online news outlets, we are creating a
new online series built up of 4 main episodes and supporting social content.
The series will be presenter led, following a week in the life of an average UK family and what energy shifting
things they can do to help improve their sustainability and carbon footprint.

We’ll then also revisit them in Spring to see how they’ve done and what habits they’ve managed to change
for good.

The role will be responsible for the creation of creative and visual outlines, scripting – both live action and
animation.

With up to potentially six shoot days, applicants must have experience of working on set with celebrity talent,
directing in actuality/real world to produce winning performances.

Experience in branded content, PR or corporate marketing would be preferred.

Rough dates immediate through to end of February, picking back up for whole of April.

APPLICANTS
Applicants should send their CV felicity.kelly@zincmedia.com
Zinc Media Plc is an equal opportunities employer and applicants from diverse backgrounds are
encouraged to apply.