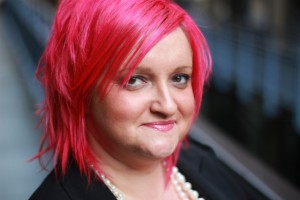 Starting her career in 1997 as a Runner on game and quiz shows (Supermarket Sweep, Strike It Rich, Blockbusters), she became a Production Secretary and then Production Co-ordinator (The Villa, Test The Nation, 1 vs 100).

Jude is regularly booked as a speaker at youth projects, industry events and UK Universities delivering talks on ‘Getting in to TV’ and ‘Being a TV Freelancer’. Jude is currently on the working group panel for The Indie Training Fund and a Producer for  RTS Futures events. Previous engagements have included working group panelist for the BBC Academy: ‘Fast Train‘, BAFTA: Career Pathways and the Department for Business Innovation & Skills with regard to Employment Agency Regulation review.